Rotary Screw Air Compressor works by trapping air between two interlocked rotors and decreasing the volume of that stucked air and its moves down to the rotors when the volume of compressed is reduced then used as a powerful tool and for numerous other applications. There are many uses of air compressor in industry wise also.

There is a big history of Rotary Screw Air compressors. The Rotary screw air Compressor was before called twin rotary screw compressor and developed in 1980.

So Why Have They Named Twin Rotary Screw Compressors? 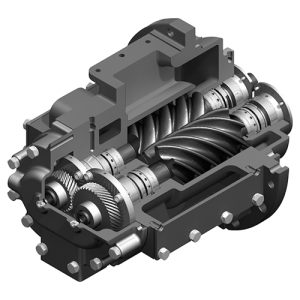 There are two-element are present in the rotary compressor which is a male and female element. The twin element in the compressor rotated in opposite direction in the Rotary screw air compressor. The Air fills a space between the two rotors squeezing or compressing the air into smaller space.

The heart of the air compressor is the air end and it is made of lots of components.

Mainly air end is just one part of an air compressor system and the air is compressed oil will enter the air end through an inlet valve then the oil is subsequently separated from the compressed air. Not only air Air ends many additional Components are needed to make a rotary screw air compressor work.

What Are the Other Common Components?

The Compressed air enters the compressor and that’ll affect the longevity of the air compressor system. So always remember about a suited air filter is needed for airflow in an air compressor.

The air filter can be scaled directly to the compressor or mounted and attached to an air input hose. The location of the filter should be considered as cool clean air.

The primary separator tank is when compressed air leaves the filter and is mixed with compressor oil. This mixture enters Separator Tank Primary in the first step to separate the oil from the occurred air.

Primary Separator Tank uses automatic separation and centrifugal force to Force the oil molecules together. At this stage, a large amount of oil removed in this stage and the separator tank also acts as an oil reservoir. 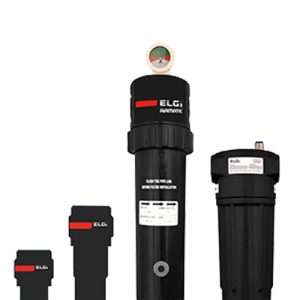 It must contain an oil filter because it has a closed-loop oiling system. The main job of the oil filter is to gather any loose particles collected from the entry of the air compressor system.

So These are the points you want to know about Rotary Screw Air compressors.